Posted on January 2, 2016 by Rosalie Squires 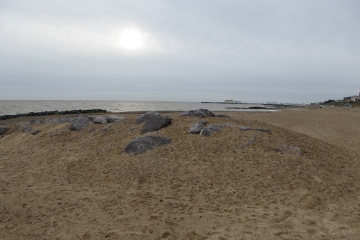 But then, it wasn’t the first picture of the year – as I got out the car I spotted spring flowers.

Some years contain personal anniversaries that act as inspiration. 2015 was like that – ten years since…

It was the year I met someone who said something that triggered a train of events that has profoundly affected my life.

The immediate thing that comes to mind with 2016 is less positive. The time limit for completing my writing course runs out next month and I only ever completed a quarter of the assignments. In practice, I’ve long since given up the ambition of becoming a professional writer but somehow it rather feels like next month that becomes official.

Still, there’s a positive side to everything; musing on this reminds me that it was comments on the students’ forum that introduced me to blogging  and although I’ve not been doing much of this lately, at least it’s still here whenever I feel like returning.

'Who am I?' is a question whose answer keeps evolving, that can be answered in many, many ways; that has no known answer at all. But there are some clues to be found: stocksharpsquires.wordpress.
View all posts by Rosalie Squires →
This entry was posted in Life, Writing &Blogging and tagged beach, blogging, New year, writing. Bookmark the permalink.